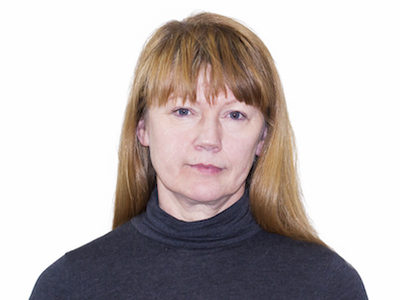 Rosanna Irvine is a Glasgow-based choreographer working in an expanded field of choreography. Rosanna is presenting her work Ah Kissing as part of Nottdance 2017.

Rosanna’s work operates in and between dance and visual art and includes performance, installation, digital media and writing. Works are presented in theatre, gallery and public spaces as well as on the page and online. She is drawn to the relational aspects of choreographic making, to the quietening of a sense of individual desire towards a sense of collectivity that extends to audiences and the material world. Her interests lie particularly in the capacities of choreographic processes to open spaces for a contemporary politics of being together. This is approached through a close working with qualities of attention and perception.

She works independently and in collaboration with choreographer Katrina Brown. Recent work has been presented nationally and internationally including at Het Veem Theatre, Amsterdam; KARST Gallery, Plymouth; Konteksty International Festival of Ephemeral Art, Sokolovsko, Poland; Tramway Galsgow; Siobhan Davies Studio, London; Nightingale Theatre, Brighton; Art Claims Impulse Gallery, Berlin; Exeter International Short Film Festival and Drake Circus Shopping Centre, Plymouth. With Katrina Brown she was commissioned by Siobhan Davies Dance and Independent Dance to create the video installation surface/sphere for What Festival 2016. She was artist in residence through 2016 on the project Cultural Leadership and the Place of the Artist contributing to international seminars on cultural leadership through artistic interventions. In 2017 she is commissioned by Dance4 to create two participatory works for public spaces.

Publications include the artist book what remains and is to come: document in collaboration with Katrina Brown, Perception Frames – a collection of choreographic scores and, in the journal Choreographic Practices, the article Contemporaneity and Micropolitics in the Processes of Perception Frames.

Rosanna gained a PhD from Middlesex University undertaken while research artist at Dance4 (2010 – 2014). The research addressed Dance4’s programming of European conceptual dance in Nottdance Festival (1999 – 2003) and her own practice to propose a ‘non-representational poetics’ of choreography.

Ah Kissing – commissioned by Dance4 and premiering in Nottdance 2017 – is part of the larger choreographic project Figures Series. The project questions what 21st century choreography is and what it can do. Find out more about Figures Series and follow the project here.