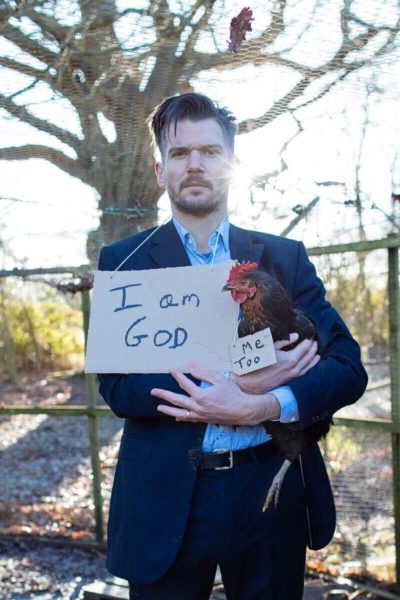 Ben Duke is Artistic Director and co-founder of Lost Dog who will present its show Paradise Lost (lies unopened beside me) as part of Nottdance 2017.

Ben Duke trained at Guildford School of Acting, the London Contemporary Dance School and has a first class degree in English Literature from Newcastle University. His work explores the overlap and transition between dance and theatre. As well as his work for Lost Dog, Ben has directed and choreographed works for other companies. He has just finished working with Barely Methodical Troupe on their latest show Kin which premiered at the Roundhouse in April 2016. He has created work for Scottish Dance Theatre (The Life and Time of Girl A), Dance Umbrella (The Difference Engine), Phoenix Dance Theatre (Pave up Paradise) and numerous post-graduate performing companies, including Verve and Intoto. He has choreographed for projects by The National Theatre of Scotland (Dolls), the Gate Theatre, London (Sexual Neuroses of our Parents) and Handspring UK (CROW).

As a performer he has worked with Probe, Hofesh Shechter Company, The Gate Theatre, The National Theatre of Scotland, Glyndebourne Opera and Punchdrunk. Ben is a Work Place artist, was Associate Artist at South East Dance 2012-14 and recipient of the Bonnie Bird New Choreography Award 2011. In 2016 Ben won the National Dance Critics Award for Outstanding Male Performance for Paradise Lost (lies unopened beside me).