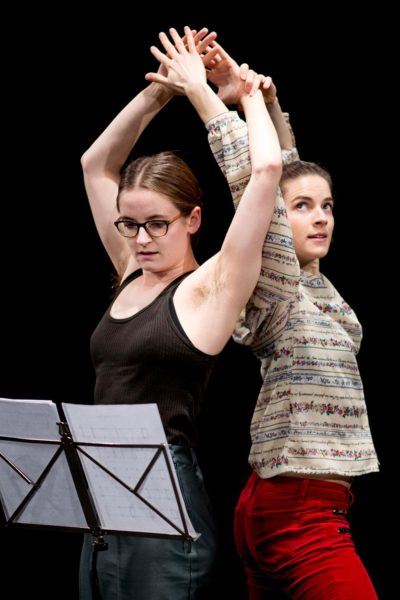 Nora will be performing Eleanor and Flora Music as part of Nottdance 2017.

Eleanor Sikorski and Flora Wellesley Wesley established Nora as a dancer-led project. As Nora they curate and dance together, inviting artists to make work for them to perform. In 2015 they commissioned three new duets for an evening length programme of work, Nora Invites. Throughout 2016 they have been touring the work by Liz Aggiss, Jonathan Burrows & Matteo Fargion and Simon Tanguy.

Nora has expanded to become a trio, including Stephanie McMann as a co-artistic director. From October 2016, Nora will be undertaking a period of international research into creative processes, alternative dance ‘company’ models and the agency and responsibility that comes with curating and collaborating. This research will culminate in a series of Nora Talks and a new series of artist commissions in 2017/18.