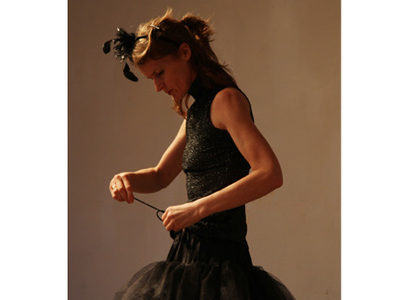 She has an established reputation as a facilitator and performer of improvisational practices and has choreographed and performed in USA, Berlin, Brussels, Paris, Estonia and UK.

In May 2015 she was commissioned by Dance4 to perform in response to artefacts from the Einstein on the Beach opera at Backlit Gallery, Nottingham and she is a core member of Quick Shifts improvisation collective. Sally commissioned a solo, I Think Not (2011) from American choreographer Deborah Hay which has been performed internationally and she collaborates in improvised performances in digital environments and in work by artists including Marie Fitzpatrick and Kent De Spain.

Sally is funded by Arts Council England and supported by Dance4 and De Montfort University to develop improvised interdisciplinary performance, titled Renaissance, for mid-scale venues. As part of this research project she hosted a symposium, Dance Improvisation: The Estranged Cousin (April 2016) at Attenborough Arts in Leicester, which attracted national and international speakers/delegates.

Sally has also recently received Arts Council England funding to examine the dancer’s body as a living archive in collaboration with Rachel Krische and Lisa Kendall. She is also co-researching the identity of hybrid dance artist-academics working across academia and the professional arts sector with Marie Fitzpatrick.

She is published internationally, with two recent articles in Choreographic Practices journal – Will you play? Implications of audience interventions in improvised dance performance (2015) and The identity of hybrid dance artist-academics working across academia and the professional arts sector (2016) – and a book chapter on her work with Deborah Hay in the forthcoming Oxford Handbook of Improvisation.

Sally is Head of Dance at De Montfort University, Leicester where she leads MA/MFA Performance Practices and MA Arts and supervises Doctoral students.